Break Up Now Or Later?

I don’t want to embarrass her…


WATCH THE VIDEO above to hear Leo’s letter & mess of a situation!

I’m wondering if I should get married in 2 weeks.

The girl I’m supossed to marry is not the love of my life. I love her as a friend and I’ve let this whole thing go too far.

I have grown up with this girl since the 7th grade. I knew that she always had romantic feelings for me, but I never felt more for her. Two years ago when we were high on drugs she told me she loved me and wanted to marry me. I said let’s do it. Then 2 days later she acted like it was serious.

I then sat and thought, “Why not? She would be an amazing wife?”

I never stopped that train. It rolled strong and fast. Within no time, she told everyone. And now here we are getting married in 2 weeks.

I know I’m not going to stay with her, but the question is, do I break up now and embarrass her? She would have to un-invite 250 people and explain why I walked out. I know her well. That would absolutely devastate her. Or should I break up with her a few months into the marriage and explain my true feelings? She would also be pretty devastated over this as well, but it would allow her to slowly explain to the world, that it just didn’t work out.

I obviously need an answer now!

Thank you for writing me and sharing your situation with all of us. There were a lot of harsh words thrown at you for allowing things to get this far with your friend. I think the one word I kept seeing was “pussy”. Ouch, that was a bit harsh.

However, everyone was right, you should have stopped that train to marriage a long time ago, if you weren’t in love. BUT, GUESS WHAT!? This doesn’t all fall on you. I blame your friend as well. She’s the one that got the train rolling. As your good friend AND being female, she knew the truth- the truth that you were not in love with her.

I wish this letter could be addressed to both of you. I’d first say to her, “Come on, you don’t ask someone to marry you while you are high. And if you do, you need to have conversations about it after you step back into reality. You don’t run full-speed into the world, making announcements that you are getting married. That’s the equivalent of your bank mistakenly adding $30,000 account and then you racing to every store to spend it. In both scenarios, you are ignoring the reality, that is going to come around and bite you in the ass!”

I believe she ran and told everyone that you guys were engaged to manipulate the situation. She clearly knew you would have a hard time hurting her feelings. In fact, she banked on it. It should be no surprise when you sit her down for a reality check.

My advice is, talk to her NOW. I believe it’s okay to say, “You KNOW we are just friends… you took a moment when we were high and ran with it… and then I allowed it to happen because I didn’t want to hurt your feelings.” Tell her that you take full responsibility for your part as well. Let her know you are both wrong for ignoring the fact that THERE NEVER WAS A BIG LOVE TO BASE an ENGAGEMENT OFF OF!

My other advice is in line with what some others have already said …for your part in this mess… offer her the option of canceling the wedding OR going through with it.. and telling people later it didn’t quite work, because we are, ‘more friends than anything.’

My advice to her, if she were reading this should be, “get married, enjoy the night, get through this stupid mistake together, stay friends and laugh bout it one day when you are old.”

Good luck to the both of you!

Read more responses from the readers posted on my facebook:

Wow! This dude has a mess on his hands. He’s asking for help. Your advice matters!! My response is posted over at my site IMYAGirl

How Do I Get My Ex Back?

I was a bad boyfriend….

Should You Be Friends With Ex’s?

I have a new girlfriend…..

She Wants To Move In

What should I do?.

Should I Tell Her?

There was a double homicide…. 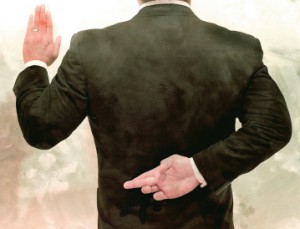 About certain things when you are single….

Break Up Now Or Later?

I don’t want to embarrass her….