Shadows Of The Ex

Will I ever measure up? 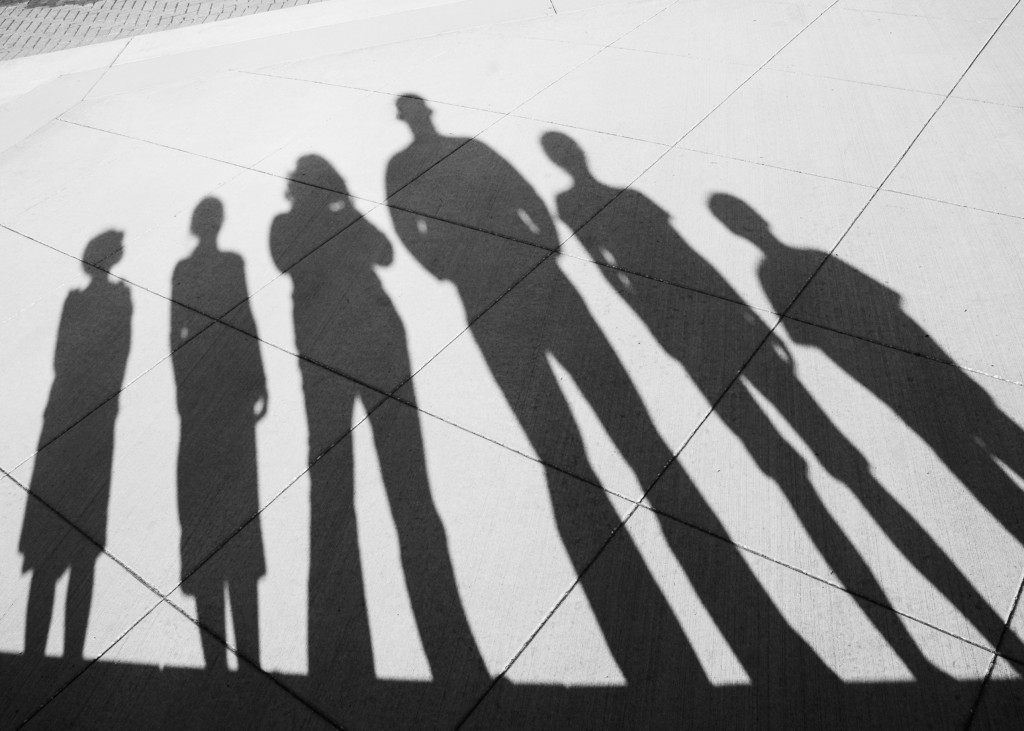 I started dating this woman about a month ago. We hit it off pretty well. The only problem I ever had in the beginning was the ex-boyfriend. They had been in a relationship in another state and broke up three years ago. They remained friends and he calls her every day. Whenever he calls, she drops everything and talks to him, even when we’re on a date. She tries to console me by telling me that he has a girlfriend, but it really doesn’t help the situation. I confronted her about it by the third date, but she started crying and told me he was the only one who helped her in a hard time.

We eventually began having sex (I was a virgin before we met). Before, during and after sex, she would compliment me by comparing me to other men she’s had sex with. It’s always positive, but it still bugs me that she’s vocally comparing my sexual performance to her exes. She would then proceed to bring out her computer and show me her other exes, talk about how successful in their careers they are and how she’s so much better looking than the women they eventually married.

The last time I was with her, she asked me if I loved her. I told her that it’s kind of early to say, but before I could finish, she tells me that she can never see us in a relationship. Her reasoning was that I wasn’t as seductive as her star ex-boyfriend. However, if we’re still dating like we are at the end of the month, she’d consider making it an exclusive relationship. I don’t know why I didn’t just leave right then and there, but I’m still seeing her! I never had a woman give the attention she gives me, but I always end up feeling like I’ll never measure up to the exes. Whenever I try to bring it up, she starts crying about how terrible her life’s been up until now.

I want to tell you what you have on your hands and then tell you how I THINK you should deal with it.

What you have on your hands is a very insecure girl. The signs are everywhere! She has to compare her career and her looks to other girls because deep down she doesn’t feel good enough. She points the girls out to you, in hopes that you will tell her that she is somehow a better catch. She wants you to see that she dated hot men to show you she is something that other men want. She even compares you to other men…..and that is to give her a little bit of control….she is hoping you will want to live up to the other men…in effect, she becomes this special thing that you want to do your best to please.

Here’s the thing about insecurity…it’s ugly! Look how many guys posted comments saying to drop her ass. I’m guessing most of the guys looked at her like a bitch instead of seeing what was below the surface of it all. I think most guys were thinking, “fuck her”, right when they read the part about taking calls from her ex in front of you. Again, she is doing this because she is afraid. If she let’s go of this guy, that even ended things three years ago, what does she have? If you notice, she takes his call in front of you. If she wanted to still sleep with him, she would hide the calls. She wants you to see that she once had someone that loved her so much, he still cares. Here’s the deal…once a girl feels super secure and is super in love, those calls to the ex fade away. Finally, when she asked if you loved her…she REALLY REALLY put herself out on a ledge. And, your response hurt her. I’m not saying that you should have lied, but it stung her pretty bad. That’s why she responded by saying she doesn’t know if she can see herself in a relationship with you.

NOTE: EVERY GIRL HAS INSECURITIES…if you think someone is worth it, you help them regain their self-esteem.

LB, I want you to minimize & lift up. When she talks about other girls or shows you a photo, I want you so show no interest in the photo…not in a rude way. Look at her in the eyes and tell her, “I don’t want to see them, I’d rather look at your pretty face.” When she brings up her ex’s tell her, “I don’t want to talk about them any more…I want to focus on what I mean to you….I want to be the only guy you think about…I want you to focus on me….and I want to focus on you because I think you’re amazing.” Do you get want I’m saying? Minimize her bringing up other people and lift her esteem up and make her feel good.

I believe the more she feels good and the more she sees you not interested and definitely not affected by her comparisons to other people, the more she will start to drop it all. This might take some time. Hell, it’s only been a month. So go another month after my advice and compare. Remember, if she does talk about another girl, it’s not because she thinks she’s the shit…it’s the opposite. If you look at it that way you might have more patience. She has probably had this issue since a little girl and my guess is all the other guys that liked her in the beginning just like you, quit on her….like all the guys that posted on this letter would. Try to be that guy that made her see that she doesn’t have to act like that any more.

Later in the relationship, if she is still talking with her ex everyday, which I don’t believe she will if you follow my advice, you have a right to address it. Now, however, is not the time. Right now she doesn’t know if you are going to be there. She HOPED that you were falling for her, and when she asked if you loved her, she kind of felt shot down. So she is way to afraid to give those calls up. If you do eventually get to a place where you do love her and you guys are expressing it to one another, then calmly say, “I’m here…I love you…I’d like you to talk less with _____ because whatever he gives you, I’m right here to give it.”

Finally, I think you should try to do a little damage control from the night she asked if you loved her. I want you to invite her to a nice dinner. Tell her how lovely she looks. Have great conversation. Midway through the dinner, tell her, “I wanted to take you out tonight to let you know how glad I am that we hit it off like we did….the other night when you asked if I love you…I wasn’t ready for the question…what I wanted to say was you are exactly the girl I want to fall in love with…but I have some fears…I worry that I’m not good enough for you …what if I don’t live up to your other boyfriends…when you compare me to other people it can leave me feeling just a tiny bit insecure….and I’m worried that if I put both feet in, I could get hurt….but I really want to go towards that place that love is at.” Do you see what that does? It speaks to what she is feeling, so she will 1) Really relate to you. 2) Make her think twice about bringing all of those things up.

The reason I want you to bring up the conversation midway through dinner is because I want you to right afterwards say, “I don’t want to talk about any other people for the rest of this dinner….and if we can keep that going and just talk about you and I….I think that will be great for both of us.” Then raise your glass to hers.

What do you think? Lemm know and PLEASE, keep us all updated!

By the way guys… This is the reason why I want you to send me letters…because girls are complicated. There is ALWAYS so much more at play than what you see on the surface. Â I’d hate for you to only ask your homeboy for advice and then lose out on something special. This is not to say I’ll always take the girl’s side. If you notice, I don’t. Â If I see a girl being a bitch just to be a bitch, then I’ll recommend you to drop her dumb ass! 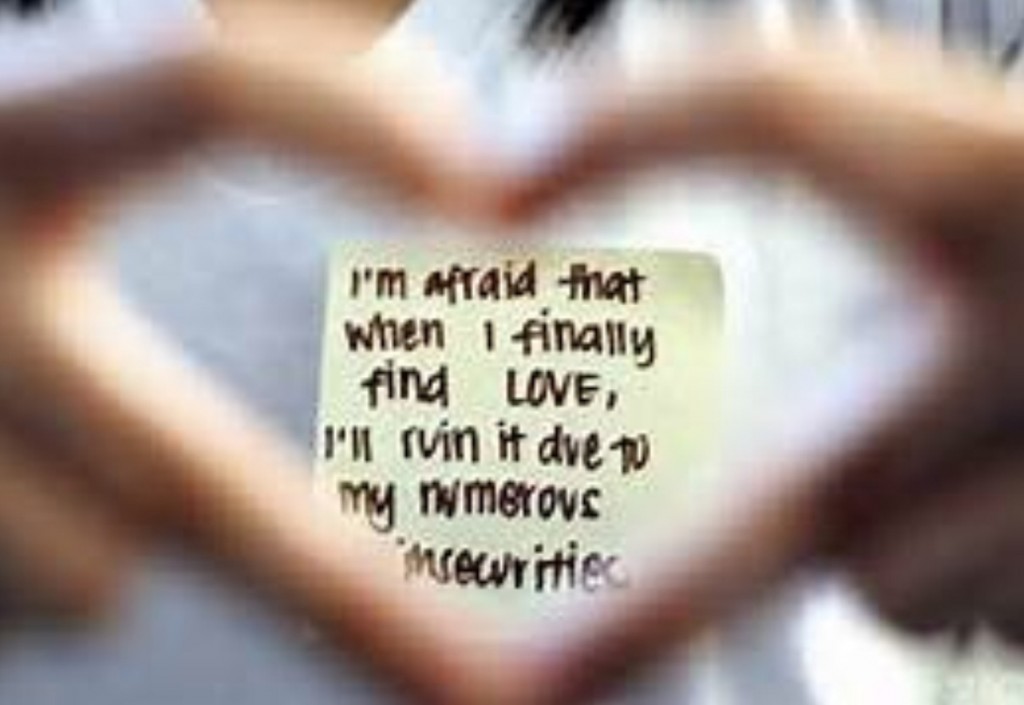 I need help understanding WHY!.

She Won’t Return My Calls

Her Friend Made A Move On Me!

Should I tell my girlfriend?.

I got offended by it….

I Live With My Mother…

Are women put off by this?.

She Wants To Move In

What should I do?.

I was snooping and I found it….

Caught In The Middle

How do I handle this?.