THIS IS MY LIFE

This is my life and like I said before, I want to share it with you….that includes projects and new adventures.

I hope by now, you understand that I’m not just a model. I have been the marketing director for a national media company for 10 years now. I do it privately out of my home and with some occasional trips. I am also a social media and digital platform consultant for several small companies. My passion will always be in creating content. I have started a production company on a small scale. Right now, I’m working on a small scale so that I can learn as much as possible, keep my own pace, and have as much creative control as possible. When you work on huge projects for other people, they basically just want you to carry out their vision. I’ve done that….it’s not as fun as the smaller “INDIE” stuff!

A friend and I have written a short film…about a half hour length. The story is pretty crazy….mostly because it’s true! I really think you’ll like it!

HERE’S WHAT I WANT TO KNOW FROM YOU:

Would you like to team up with me on the producing end of things? I already have friends/ colleagues that have offered up their time, some resources and high-end cameras. (Not DSLR’s) As you know, I’ve already started some of the test shooting. The shit looks gooooood!

However, I need funds for a location and a few other production costs. I want to go to KICKSTARTER with the goal of raising $10,000. I know it’s not a lot of money, but that’s the goal of this movie….keep things small, allow others to support it and turn it around quick!

For the people that offer larger amounts of money, like 1-3 k, I want to offer different things like….producer credits, maybe a small role in the movie, a producer’s dinner, etc… For the people that donate smaller amounts, I can offer an advance screening, some collectables and maybe thank you mentions at the end of the movie.

The nice thing, again, is I’m going to knock this film out quick, so you’ll get to see the results from your support real soon. I first just wanted to know if this is something you would be interested in. If you do want to be involved and support my first short film, leave me some comments. If I see enough activity, I will make a video and post it at KICKSTARTER in a week or so with more specifics.

THIS IS MY LIFE….but I want you in it….IMYAGIRL Natasha!!! 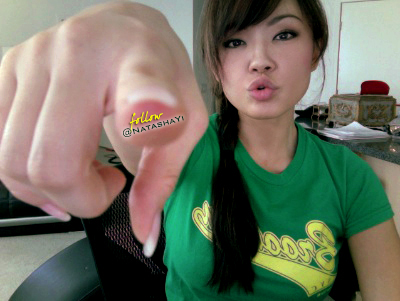