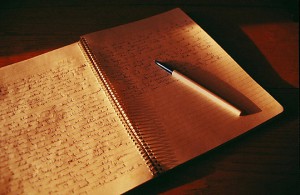 Do you remember when I told you that a childhood friend reached out to me recently…after she wrote “bitch” on my car with hair gel? Some people recommended that I have her acknowledge what she did to me in the past before restarting something new. There were some good arguments. One person said, ” If she can’t admit to doing such a horrible thing, it says a lot about who she is today,”. I decided to just take the high road. I decided to give her the benefit of being a changes person and not embarrass her for who she was.

Today, I’m sitting here with a similar situation. As many of you know, I was very young when I started modeling. I was waaaaay younger than I was telling everyone because I wanted to do it. Long story short, one of the other models that was nice to my face, actually had a serious issue with me. I only knew this because while I lived in New York years later, someone sent me her diary! It was sooooo embarrassing to read. She wrote in her diary that she hated me, but had no reason other than she was jealous. She admitted in writing that she was purposely rude to me because she thought her boyfriend secretly liked me and because her friends thought I was pretty. This diary went on and on for pages about her hatred for me. She had a lot to say about other models too, but it usually came back to me, like “I saw _____ today and she made me sick! because I asked her about Natasha and she said that she really liked her.”

And guess who reached out to say hello and act like we were friends? ..this girl that hated me so much. People close to me are telling me, once again, to say to her, “Why are you acting like you like me? Didn’t you say in your diary that you hated me?” They also suggested that I post the diary online because of her purposely being rude. But I just can’t do it.

I feel bad for her having these insecurities. I feel like it would be more embarrassing to this girl to post all of her thoughts online than anything else you could imagine. The diary actually showed that she was just being honest. She wrote in 3 different colors. One color was to chronicle the way she treated me. Another color was to record her feelings. And, the final color was her actually trying to work out why she had this hatred for me. She wrote at one point, “I don’t know why I have so much anger for Natasha. When we were at a model signing today, my boyfriend said that both of us should see who gets the longer line of fans. Her line was was way longer than mine. The more people lined up to see her, the more I wanted to spit in her face. If anyone, I should have been mad at my boyfriend for setting it all up. But I can’t help it, I hate her more. Since she hasn’t done anything wrong, it’s not her that I have an issue with. Maybe I should have an issue with myself.”

The way I look at it, many people have thoughts like this about people. It just so happens that she wrote hers down to try and work out her emotions. Then some ex-boyfriend, or whoever it was, anonymously sent the diary to me. What if she did work things out? Maybe this diary was therapeutic enough to help her realize that her anger was not only misplaced, it was not healthy for her to hold this. It’s years later and she is reaching out again. I would hate to embarrass her by saying I know everything you were thinking. And, if I posted it online, that could potentially ruin someone like this, because word would spread really fast. Honestly, I’m not going to respond to her or hang out with her because I don’t really know this person well, but I’m also not looking for some sort of revenge.

What about you? Would you handle this differently?