Oh my God. I ate like an animal all weekend. Friday I had a huge burrito and a quesadilla with a basket of chips….each chip dipped into a scoop of guacamole! Immediately after, I went to see the 300 sequel, Rise Of An Empire, where I had popcorn, a cookie the size of a hubcap and a soda in a ten gallon cup. That night, I had a two appetizers before my large steak with potatoes and a dessert. I woke up hungry at 2 am and had ice cream. Don’t even ask about the wedding I went to Saturday. It was the most food I’ve ever seen served at a wedding and I took full advantage of it….like a pig’s snout in a trough.

I’ve actually been eating this way for a while and I know why. Because when I get serious about getting into shape, I get super serious, and all of the good eating is going to go away for a while. As you know, there is a workout feature that I will be adding to the site soon. I have put it on hold…again, because I’m enjoying the food too much!

If you have been pigging out too, don’t worry, we’ll get back on it soon, together.

I was just thinking yesterday about how much I eat. Can you believe that in every relationship I’ve been in, I ate as much and often more than the guy? Guys, have you ever been with a girl that eats as much or more than you do? 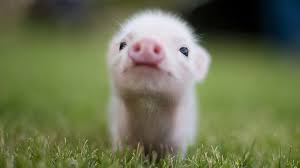