Has This Happened To You?

You’re talking all kinds of crap about …


Has this happened to you? You’re talking all kinds of crap about someone, then you realize, they’re listening to everything you’re saying? OOPS!

I live in a condo. There are a lot of us that share the garage. For a while, people were getting out of control with leaving junk all around their cars and stacked in front of the parking spots. At the same time, there were also a lot of thefts from the garage. Outsiders realized that if they snuck into the garage as it was closing, they could take stuff.

It caused a lot of arguments around here. The people that were leaving their stuff out expected all the other tenants to wait by the door until closed. The people that didn’t have stuff piled up near their cars said, “screw that, I’m not here to guard all the crap that you leave out!”

We finally took a vote! As of January 1, you were no longer allowed to leave junk in the garage. I was actually happy about it. I don’t like messy. The garage has been pretty clean this year.

Today, I took the doggies for a walk. As I came back through the garage, I was on the phone with a friend. I stopped to say goodbye so I wouldn’t lose reception in the elevator. Right then, I glanced over and noticed that someone had a bunch of junk in front of their car. I said, “Jesus!” My friend said, ” What?” I said, “Some ass-fuck didn’t get the memo not to leave all their shit out in the garage.” Then I started to explain to my friend, “These morons wonder why their shit gets stolen, when they’ve been told…” Right then, a person looks from around their minivan at me and says, “The stuff is not staying there…I just cleaned out my storage…now I have to load it up and take it to the dump and my Mom’s”

Like an idiot, I said, “I was just joking. I saw you there, and wanted to tease you.” I didn’t know what to say! 😮

This has happened to you right? 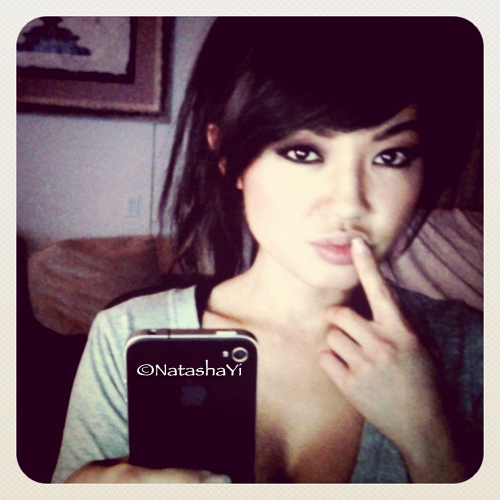