THIS IS MY LIFE

As I’ve expressed before, the purpose of me starting this site was to share my life with you, offer advice and some opinions. I felt like this was the way to have more of a connection to the people that I create content for.

Today I’m really opening up with a pretty crazy FAMILY SECRET. Unfortunately, I have many of them…it’s just the kind of environment I grew up in. My goal for 2015 is to write about all of these stories. Even if a publisher doesn’t pick it up, it will be great therapy for me.

When I was a little girl, my father made the decision to move me and my 2 sisters from Boston to California. He left my mother behind. His only explanation was that she was in the hospital. About a year later, my father walked through the door to our apartment and announced that Mom was home. When she walked in, I looked at her and thought that she looked different. What really stood out to me was that she couldn’t speak English. I remember thinking, “What’s going on here?” and asking my father, “Why can’t Mom speak English?” My father told us three girls that, “Your mother has been in a car accident…she has amnesia…she can’t speak English.” As a child, you just accept things that your father tells you. You really have no choice. This is your new existence. We later learned, as young adults, that my father had gone to Korea where he met this woman. He made some arrangement with her. He told her that she needed to pretend to be the real mother and keep THE FAMILY SECRET.

Another day, I’ll have to tell you what led up to my father leaving my real mother behind. I’ll also have to tell you just how psycho this new “mother” was. I had battles with her that no woman should ever have with a child. I’ll tell you now, one day I found out that she wasn’t my real mother. When I got home to face her with the information I discovered, it all came rushing to the surface. I shouted to her face, “You’re not my mother!” as she locked me in the bathroom and closed the door behind her.

Maybe I’ll write some of the details here on the new site. Or maybe I’ll wait and put it all in the book.

For now, I wanna know, do you have any Family Secrets? 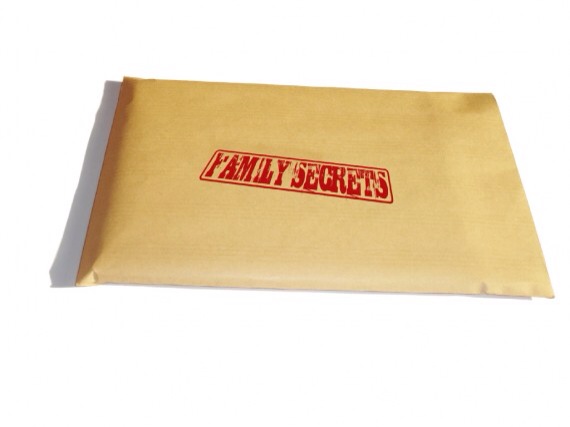